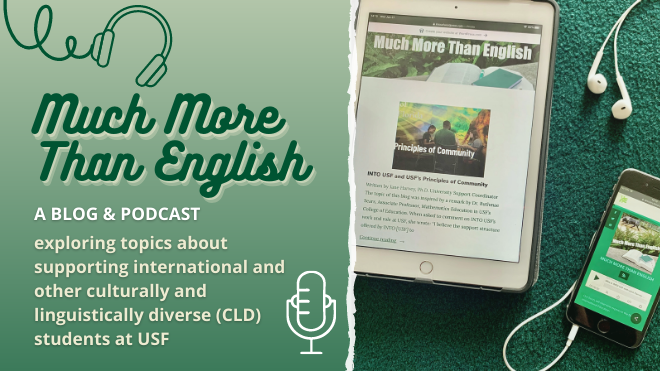 February 12, 2021 -- Much More Than English is a Podcast and Blog series hosted by USF World that introduces the international English-teaching community to best practices from the University of South Florida. Every month our hosts will interview experts in the field of international education and share their knowledge and experience in teaching international and other culturally and linguistically diverse students. Find new episodes here. 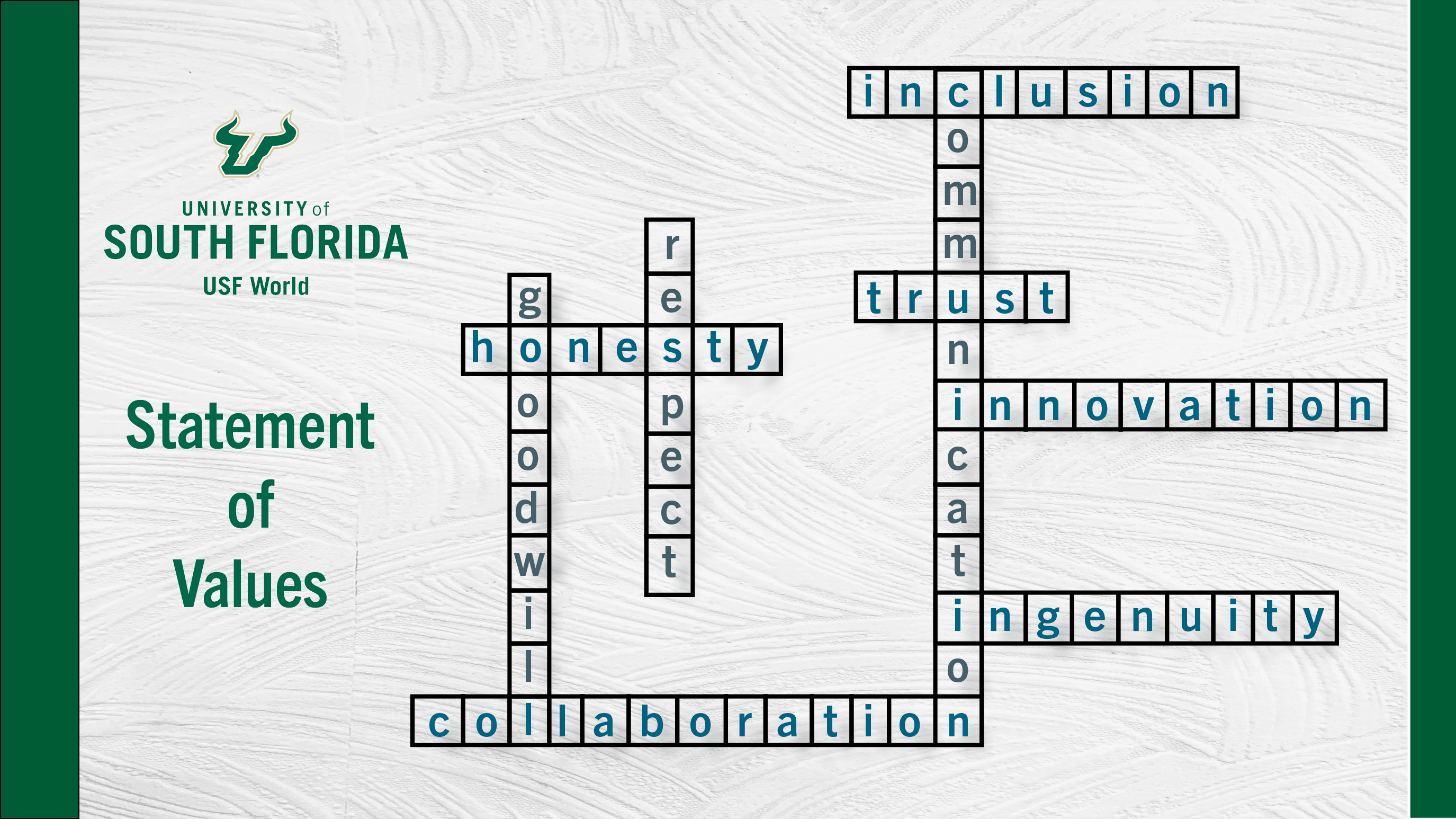 January 11, 2021 -- Inspired by President Currall’s initiative to establish Principles of Community for OneUSF and the University’s commitment to "celebrate our accomplishments and respect our complex differences," USF World has created a similar statement and identified the critical values that guide our relationships with each other and with our internal and external partners. Click here to view the USF World Statement of Community. 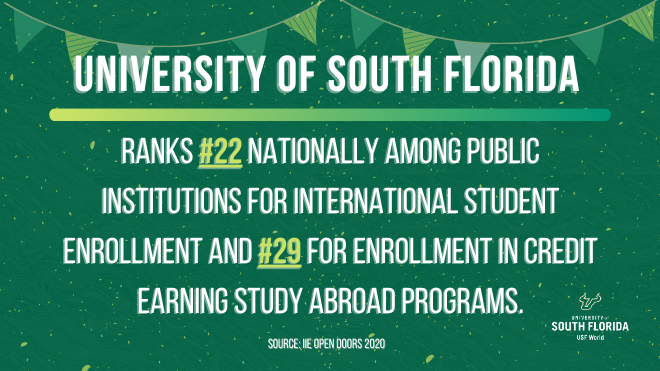 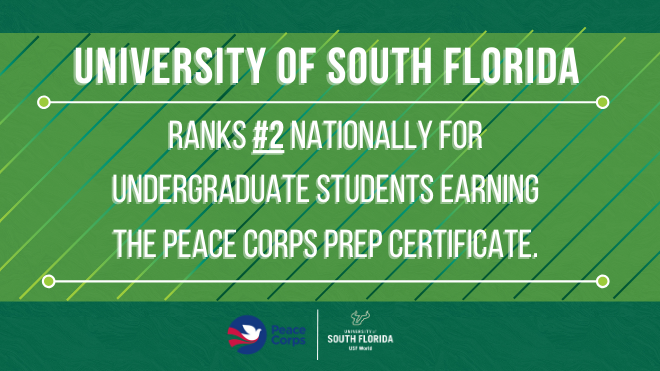 
USF World stands against racial violence, and we are here to support you. We want you to know that we proudly stand with you in solidarity during this time. For the full response from Dr. Kiki Caruson, Interim Vice President for USF World, please click the link above. 
The University of South Florida has recognized that international students face unique challenges as a result of the COVID-19 crisis. International students are not eligible for financial assistance that U.S. students receive from the federal CARES Act. In order to support these students and help them fulfill their dreams of completing their degree at USF, the USF World International Student Support Fund was created. USF NAMED ONE OF THE NATION’S TOP PRODUCERS OF FULBRIGHT U.S. SCHOLARS

The University of South Florida is one of the top producers of Fulbright scholars in the United States for 2019-20, according to a new list released by the U.S. Department of State and first published by the Chronicle of Higher Education.

Email USFWorldMarketing@usf.edu if you want to share any globally-focused stories.