TAMPA, Fla (November 21, 2018) -  The USF Women’s Cricket Club is thriving on diversity. Since being formed last semester, the club has quickly grown to a group of 10 women from 8 different countries. Two international students, Delisa Harry and Ankita Ajith Deshpande, formed the club in an effort to bring a globally popular sport to the women of USF. Delisa, a graduate student from Guyana, is currently studying accounting and will be graduating in 2019.

“I’m from Guyana and cricket is very popular there. We moved over here when I was really young and my brother started playing when he was 11. My whole family would go to his cricket games and help score. This summer, I started playing cricket with my dad in the yard for fun and exercise. That’s when I realized I liked it,” said Delisa. 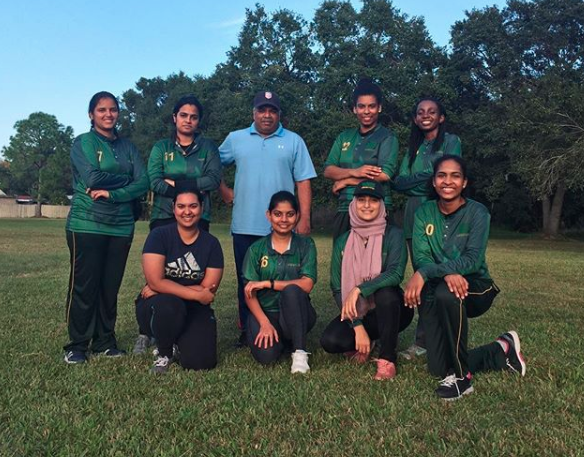 The USF Women’s Cricket Club poses with Mr. Jatin Patel, a professional coach who came for a day to coach and develop the team. (Courtesy of @USFWomenscricket Instagram)

With a new found love for cricket, Delisa sought out a team to join so she could play competitively. It wasn’t long before an opportunity presented itself to form a club at USF.

Ankita Ajith Deshpande, a graduate student from India, is currently studying electrical engineering and will be graduating in December of this year. She’s the captain of the club and has been playing for 6 years.

“I found out that there was a form online for any woman that wanted to play cricket at USF and I jumped at the chance,” said Ankita.

Mostly popular abroad, it comes as no surprise that cricket quickly gained interest among international students who wanted to play. The countries represented include Ecuador, Egypt, Guyana, India, Mauritius, Nigeria, Zimbabwe, and the United States. 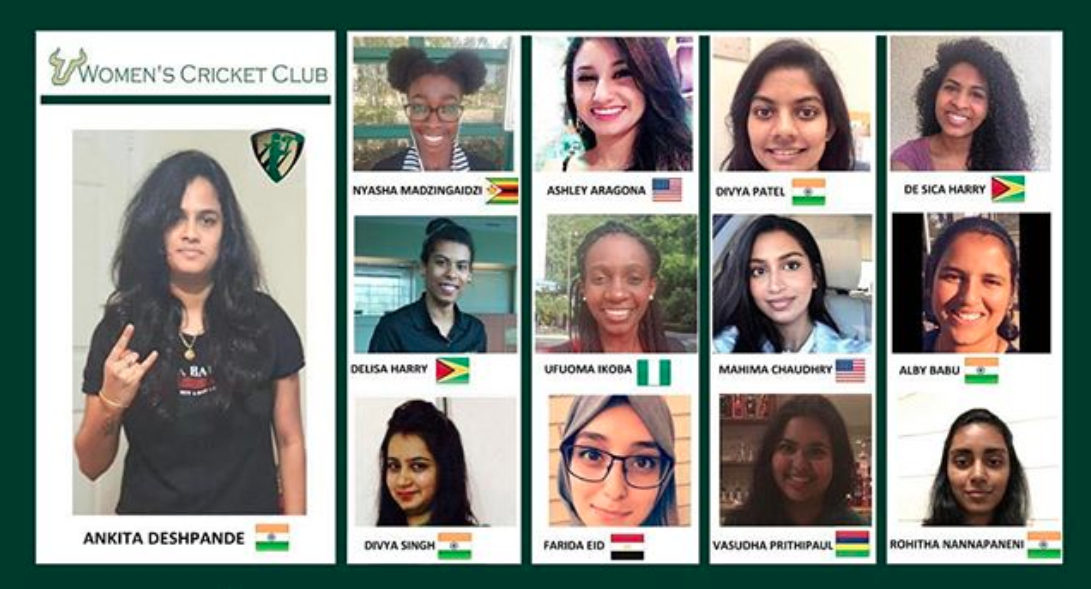 With such a small team, Delisa and Ankita are actively looking to recruit new members.

“Our whole goal is to promote it around campus. Most of the women on the team hadn’t played cricket but we are training them. A lot of them had seen it played because most of them are international students and that sparked their interest,” explained Delisa.

The team recently had a professional coach from the American Federation for Coaches come to train them for a day. They plan on starting to compete in matches this coming Spring.