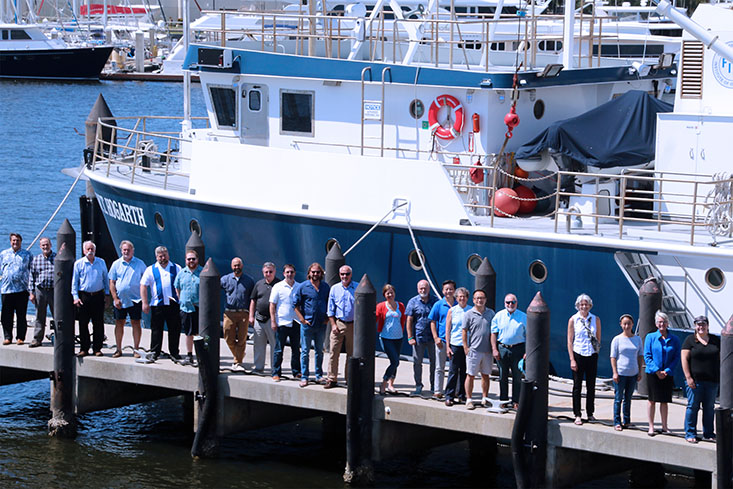 The virtual faculty seminar allowed professors to share their latest contributions to oceanography research. Note: This faculty picture was taken at CMS pre-COVID.

The faculty seminar is an opportunity for the College of Marine Science professors to share their latest research with our community. Presented on the first Friday of the fall semester, it introduces new students to the scope of research conducted in the college while connecting faces to names of accomplished professors. Although COVID prevented any in person presentations, the virtual event still provided a chance to learn.

Some talks were relevant to the issues that Florida has been facing this past year, specifically the Piney Point pollution release, which leaked 215 million gallons of polluted waste into the Tampa Bay area, the insurgence of red tide which was stronger than past years, and the influx of tropical storms that have hit Tampa Bay and caused an increase in flooding. They also touched upon the need for connection of ocean science research through the UN Decade of Ocean Science and the repercussions of the Deepwater Horizon Oil Spill ten years later. 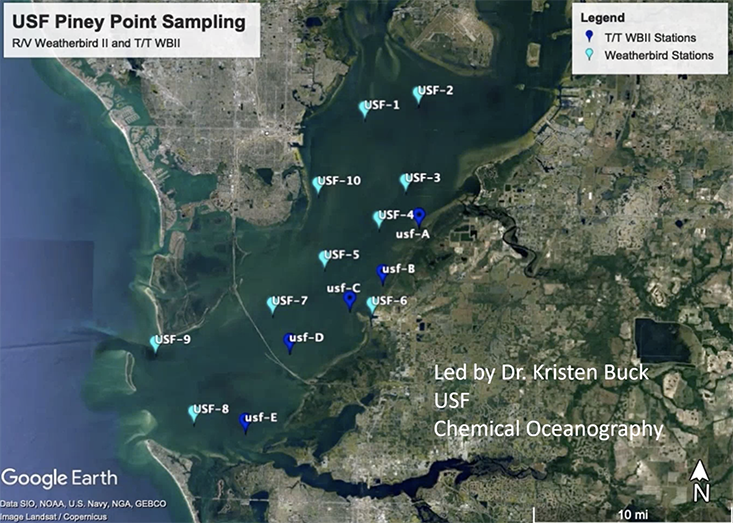 215 million gallons seems is a significant input of wastewater to Tampa Bay. However, despite the incredible amount of nitrogen that indroduced to the Bay with the Piney Point release, it was just a fraction (about 6%) of the annual nitrogen input to Tampa Bay, (3,465 tons/year). The data also show that though the levels of phosphorus, nitrogen, and chlorophyll – an indicator of plant biomass -- were high near the Piney source point on April 8th, by the end of April the nutrients were back at the baseline level.

Dr. Bob Weisberg presented “K. brevis HABs on the West Florida Shelf: What we think we know, what we don’t know, and what’s happening lately.” 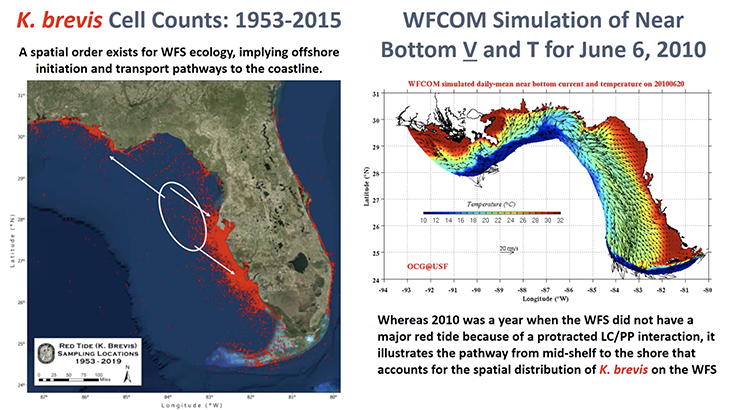 Continental shelves come in varying widths – narrow shelves tend to be rich in nutrients and therefore highly productive. The West Florida Shelf (WFS), however, is a wider shelf, which are typically oligotrophic (low nutrient) zones due to their isolation from deep ocean currents that transport higher levels of nutrients. Yet the WFS is highly productive. How can this be?

The answer lies in the Loop Current, which circulates deep ocean waters across a negative pressure gradient and delivers high nutrients levels to the WFS.

West Florida shelf water properties are largely controlled by circulation. The ocean physics are of paramount importance for the shelf ecology. Whether or not new inorganic nutrients are brought into the shelf depends on the Loop current interactions with the southwest corner of the West Florida shelf, referred to as the pressure point.

Thanks to Understanding Gulf Ocean Systems (UGOS), a program that conducts ocean observations in the Gulf, this area now has a pressure point mooring that can record data of the ocean circulation patterns influencing the WFS. This mooring can help better predict the ocean circulation patterns that lead to red tide events on the West Florida shelf. 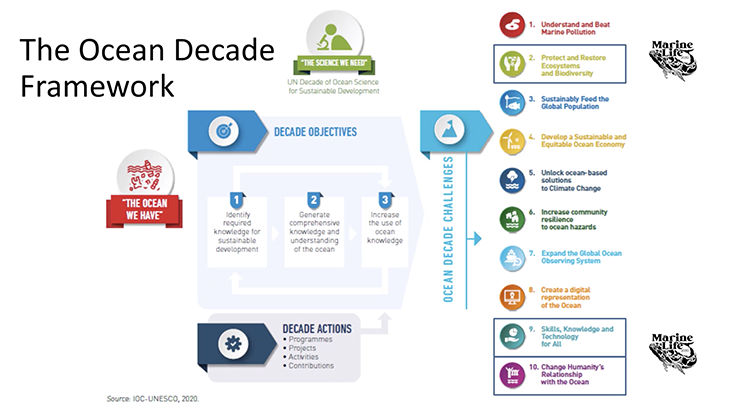 The United Nations teamed up with scientists and organizations from around the world to develop a better framework to better link Ocean Science and Society, focusing on sustainable development goals to further protect the oceans. Read more about this exciting United Nations endorsed project. 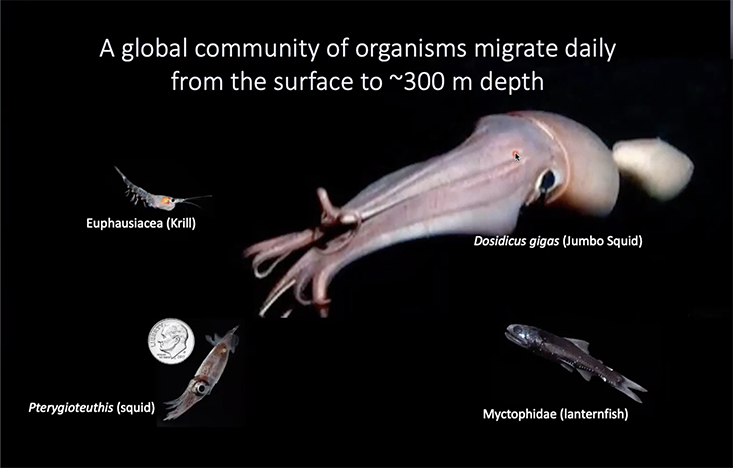 Dr. Seibel studies what happens to animals under different oxygen regimes – significant work considering the ocean’s oxygen is decreasing overall from climate change.  He shared some of his latest work to determine the metabolically available habitat of numerous vertical migrators. This range is based on species-specific physiology that energetically support populations. Along with influences such as competition, predation, geographic barriers, and life history requirements, this study aims to determine where different species are physiologically able to survive. 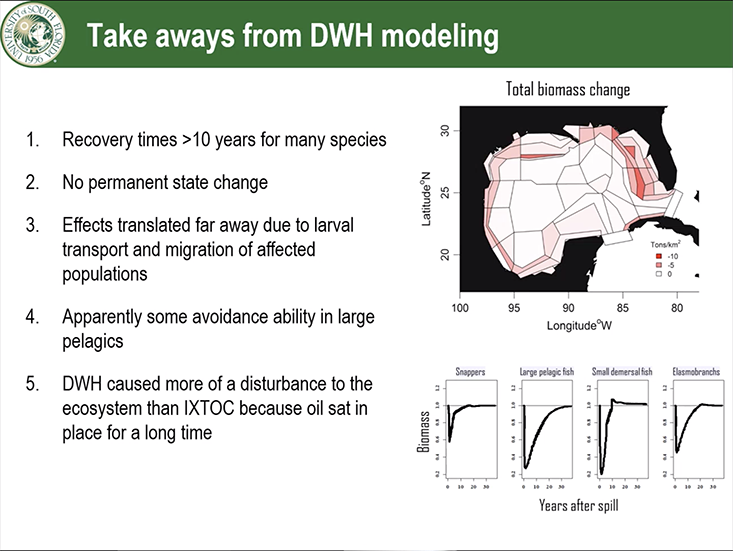 Dr. Ainsworth is utilizing a model, called Atlantis, to study the Gulf of Mexico ecosystem. Atlantis is an end-to-end model, which means it includes all organisms from bacteria to apex predators, and it links together models of circulation, nitrogen cycling, food web dynamics, and human impacts.