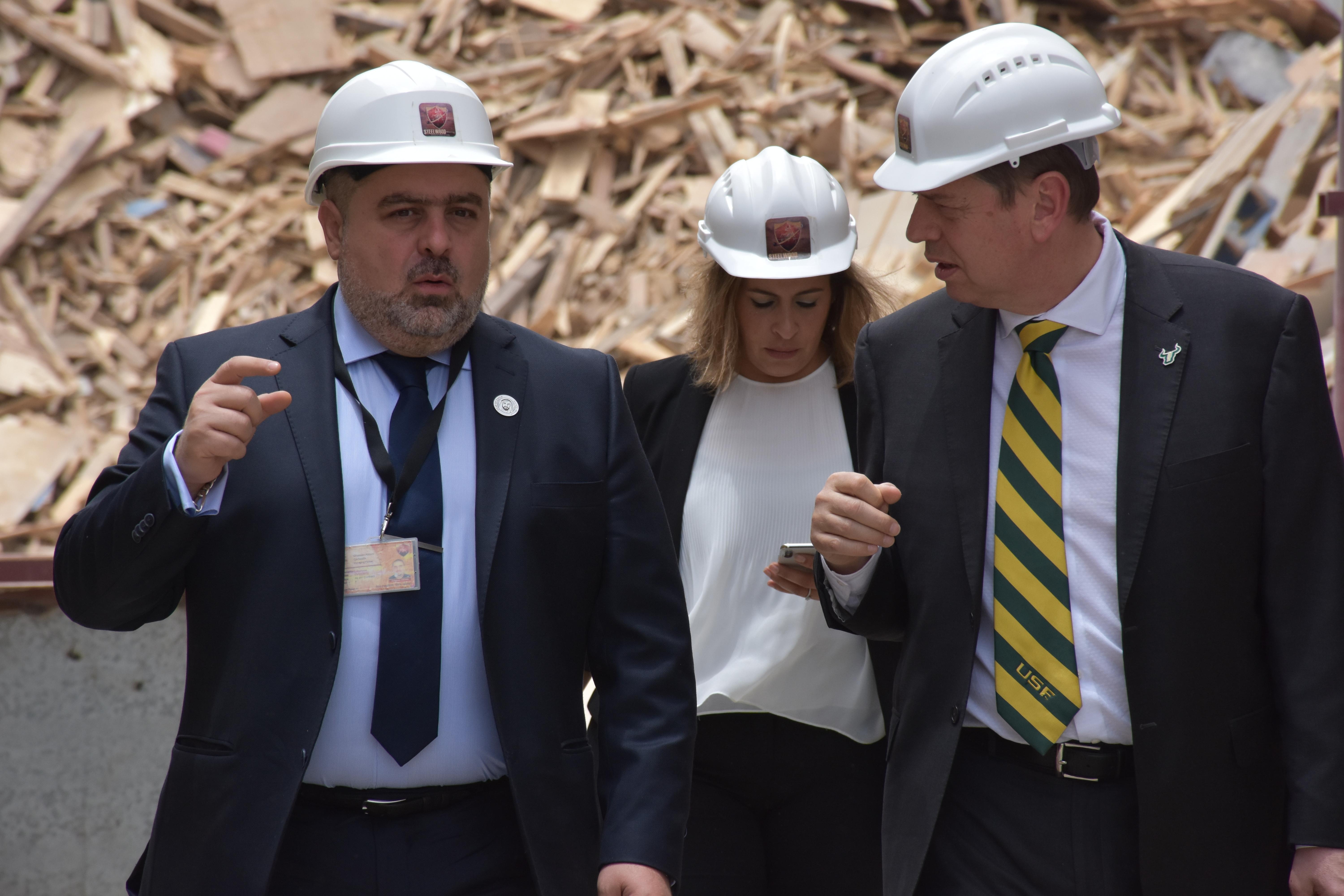 Ghassan Farouk Afiouni taking Dr. Roger Brindley on a tour of Steel Wood Industries in May, 2018.

TAMPA, Fla. (January 7, 2019) – Ghassan Farouk Afiouni, managing partner of Steel Wood Industries, is the first founding sponsor of the University of South Florida (USF) United Arab Emirates (UAE) Alumni Chapter. Afiouni will be recognized as a sponsor and awarded the USF World Award for Innovative Sustainability at the USF Alumni Dinner in the Gulf Region on Friday, January 11, 2019 in Dubai, UAE.

A USF alum who focused on research in physical and environmental chemistry, Afiouni has been leading Steel Wood Industries since 2012. As the first and only wood board production facility in the Middle East, Steel Wood thrives on using sustainable renewable resources as a raw material from recycled wooden products without cutting a single tree. In a region of the world where natural wood is scarce, Steel Wood offers the profound alternative of reusing wood to promote environmental sustainability.

In alignment with the university’s second strategic goal of “high-impact research and innovation to change lives, improve health, and foster sustainable development and positive societal change,” USF World will be presenting Afiouni with The Award for Innovative Sustainability.

Since 2017, USF has established international alumni chapters in the cities of London and Shanghai as well as the country of Saudi Arabia. Alumni gatherings have also been hosted in Barranquilla, Colombia; Milan, Italy; and Zurich, Switzerland. The day following the dinner in Dubai, an additional alumni event will be held in Paris, France.

The University of South Florida, established in 1956 and located in Tampa, is a high-impact global research university dedicated to student success. The USF System includes three separately accredited institutions: USF, USF St. Petersburg and USF Sarasota-Manatee. Serving more than 50,000 students, the USF System has an annual budget of $1.8 billion and an annual economic impact of $4.4 billion. USF ranks in the top 25 nationally for research expenditures among public universities, according to the National Science Foundation. In 2018, the Florida Board of Governors designated USF as a Preeminent State Research University, placing USF in the most elite category among the state’s 12 public universities. USF is a member of the American Athletic Conference.