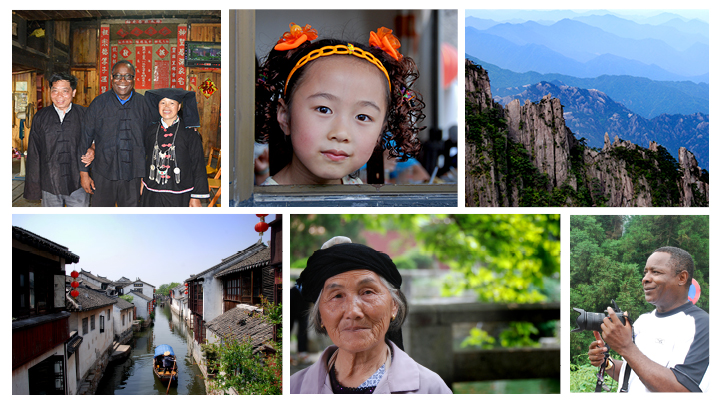 USF World and the USF Confucius Institute are pleased to host the president of Middle Tennessee State University (MTSU), Dr. Sidney A. McPhee, for his photography exhibition "People and Places of China" hosted in the Centre Gallery at the USF Marshall Student Center from September 12 to 23, 2016. The exhibition is a selection of his photographs taken during recent travels in China.

Dr. McPhee's photography of China has been featured in several international exhibits, and his work has been featured in numerous academic lectures and cultural presentations in the United States and China. Dr. McPhee, who became MTSU's 10th president in 2001, has visited China annually since 1999.

Invited to Tampa by USF President Judy Genshaft, Dr. McPhee will speak to students, faculty and staff about his insights of the Chinese people and society during a lecture series on the opening day. The reception will begin at 4:30 p.m. on September 12. The exhibit is on display Monday through Friday (11:00 a.m. - 5:00 p.m.). The event is free and open to the public.

China through the Eyes of an American University President, a photographic essay by Dr. McPhee was published in 2012 by Hunan Art Publishing House and released internationally. The book, which debuted at a London book fair, includes more than 100 illustrations captured by McPhee of the people and places in China, revealing the nation's charm and complex culture. It was deemed a "significant cultural presentation" by China's Foreign Ministry in 2013.

Dr. McPhee opened MTSU's Confucius Institute in 2009 in partnership with Hangzhou Normal University. In 2007, China Agricultural University in Beijing named him an honorary professor, its highest academic award. He was appointed senior advisor to the Chief Executive of Hanban/Confucius Institute Headquarters in 2010 and, in 2013, he received Hanban's Individual Performance Excellence Award, the organization's top honor.

Dr. McPhee secured a $1 million grant from Hanban that led to the 2016 opening of the Center for Chinese Music and Culture at MTSU. The state-of-the-art exhibit and educational site features an extensive collection of musical instruments and cultural artifacts from China. Hanban recently commissioned a second book of McPhee's observations of China, tentatively scheduled for release in 2017.

This event is part of an ongoing Chinese Culture Week, sponsored by the USF Confucius Institute. Click here for other event information.