TAMPA, Fla. (November 5, 2018) -  The Center for Strategic & Diplomatic Studies (CSDS) and Executive Director Dr. Mohsen Milani, Ph.D., hosted Dr. Fariborz Mokhtari, Ph.D., to discuss his book In the Lion’s Shadow: The Iranian Schindler and His Homeland in the Second World War. The novel chronicles the dramatic story of a courageous Iranian diplomat who saved thousands of Iranian Jews from the hands of the Nazis during World War II. 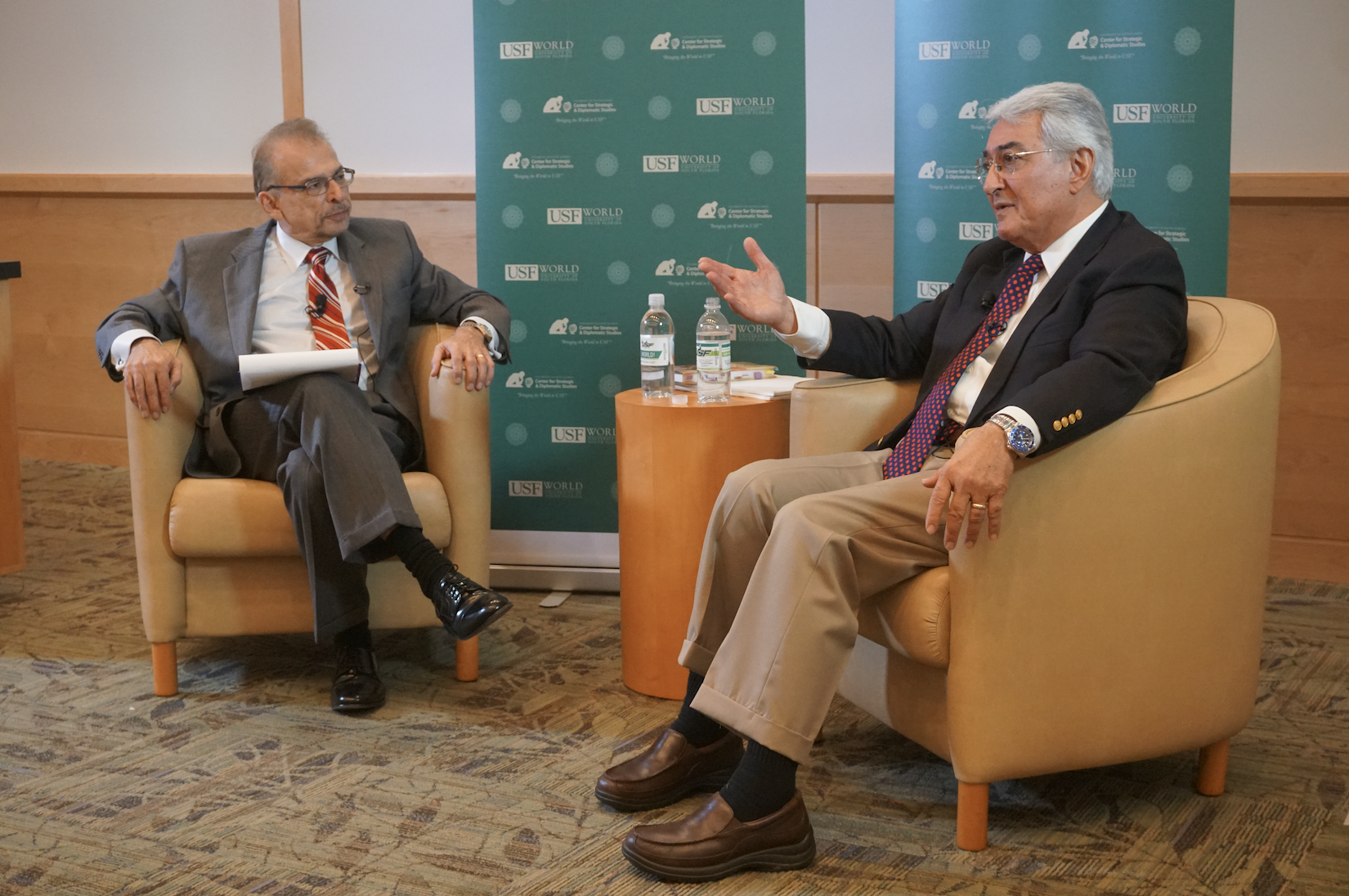 Mokhtari is a political science professor at the University of Vermont. His work has been featured by the U.S. Holocaust Memorial Museum, the Times of Israel, Haaretz, and the Jewish Chronicle, as well as in newspapers such as the Washington Post, the Telegraph and Sydney Morning Herald.

In the Lions Shadow: The Iranian Schindler and His Homeland in the Second World War was published in 2012 and details the efforts of a junior Iranian diplomat named Abdol-Hossein Sardari, who found himself in charge of Iran’s delegation in Paris after the Nazi invasion of France. In spite of the enormous personal risk, he began cultivating relationships with German and Vichy officials in order to protect France’s Iranian Jews, who would otherwise have faced certain death. The tale of Sardari’s bravery offers an important and inspirational message of hope amid the divisiveness and conflict on today’s world stage.

The book’s title is a reference to heralded German industrialist Oskar Schindler, who, despite being a member of the Nazi party, is credited with saving the lives of 1,200 Jews during the Holocaust – a story told in the 1993 Oscar-winning movie Schindler’s List. 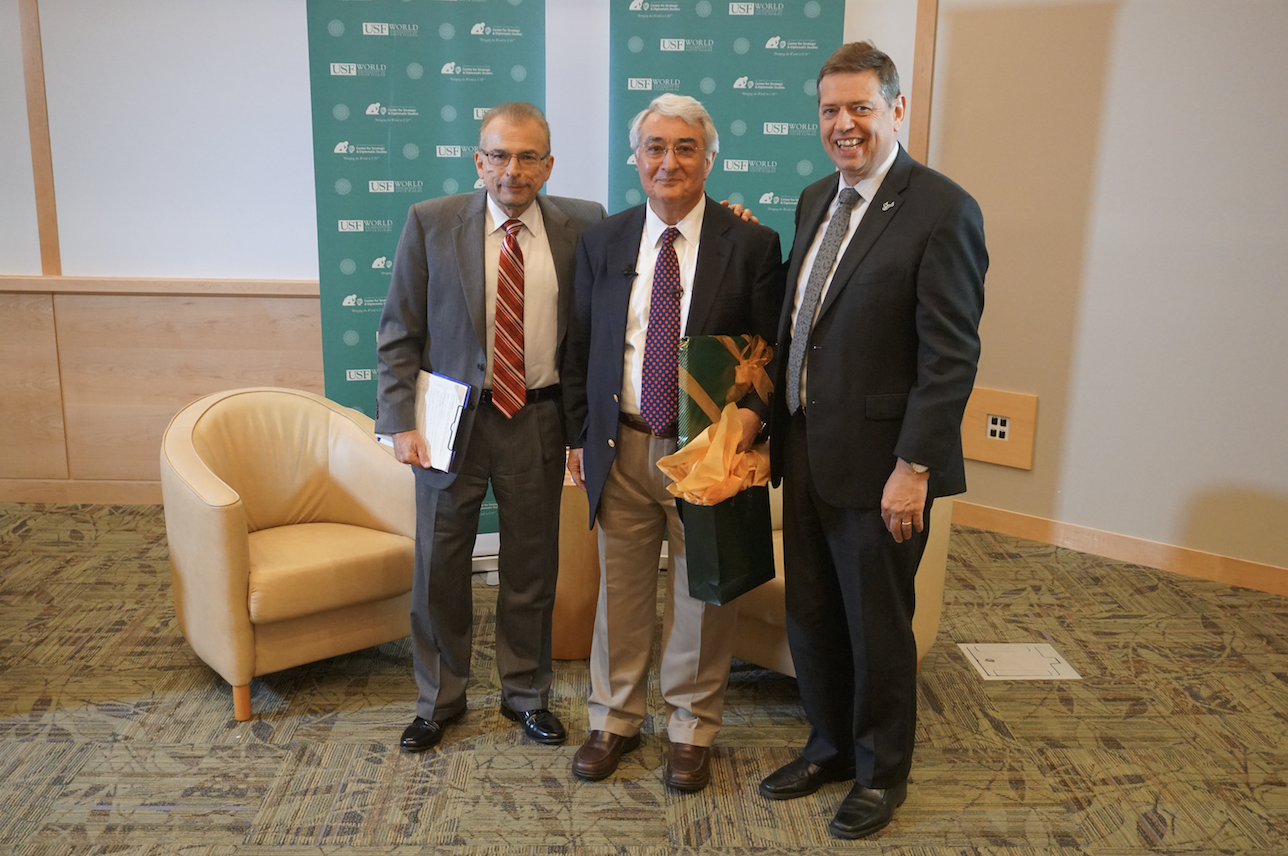 Mokhtari receives a gift from Milani and Brindley.

Mokhtari was born and raised in Iran but earned his undergraduate and graduate degrees from the College of Wooster; and the University of Delaware, respectively. In 1973, he returned to Iran, where he worked as a journalist, fulfilled his military obligation, created an agri-business enterprise, and served as deputy executive director of the Iran-British Chamber of Commerce.

Milani is an internationally recognized scholar and was a research fellow at Harvard University, Oxford University, and the Foscari University in Venice, Italy. He has authored more than 80 publications in top peer-reviewed academic and respected journals. Under his guidance, the CSDS has become an international hub for research and discourse regarding serious security issues facing the world. In addition to arranging visits from renowned diplomats and journalists, Dr. Milani also hosts in-depth, ongoing “conversations” on an array of topics, including a “Book Talk Series” that brings Mohktari to USF.