TAMPA, Fla (July 21, 2018) – Rachel Collazo, '09 and Diandra Latibeaudiere, '15 are the founding leaders of the USF London Alumni Chapter. London alone as almost 100 alumni in the area and the number is growing. The chapter hosted its first event on Saturday, July 21 at the Prospect of Whitby with over 15 alumni from the area. Alumni enjoyed a scenic view of the River Thames as well as pub classics like fish and chips and sliders. The chapter is looking forward to hosting another event in December. 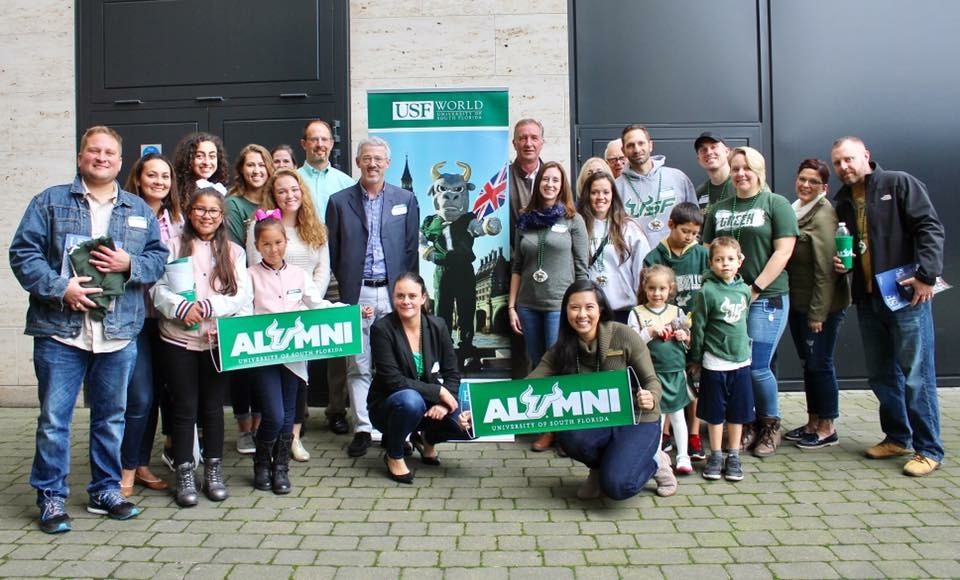 ***
The University of South Florida, established in 1956 and located in Tampa, is a high-impact, global research university dedicated to student success. The USF System includes three, separately accredited institutions: USF; USF St. Petersburg; and USF Sarasota-Manatee. Serving more than 49,000 students, the USF System has an annual budget of $1.6 billion and an annual economic impact of $4.4 billion. USF is ranked in the Top 30 nationally for research expenditures among public universities, according to the National Science Foundation. In 2016, the Florida Legislature designated USF as "Emerging Preeminent," placing USF in an elite category among the state's 12 public universities. USF is a member of the American Athletic Conference.