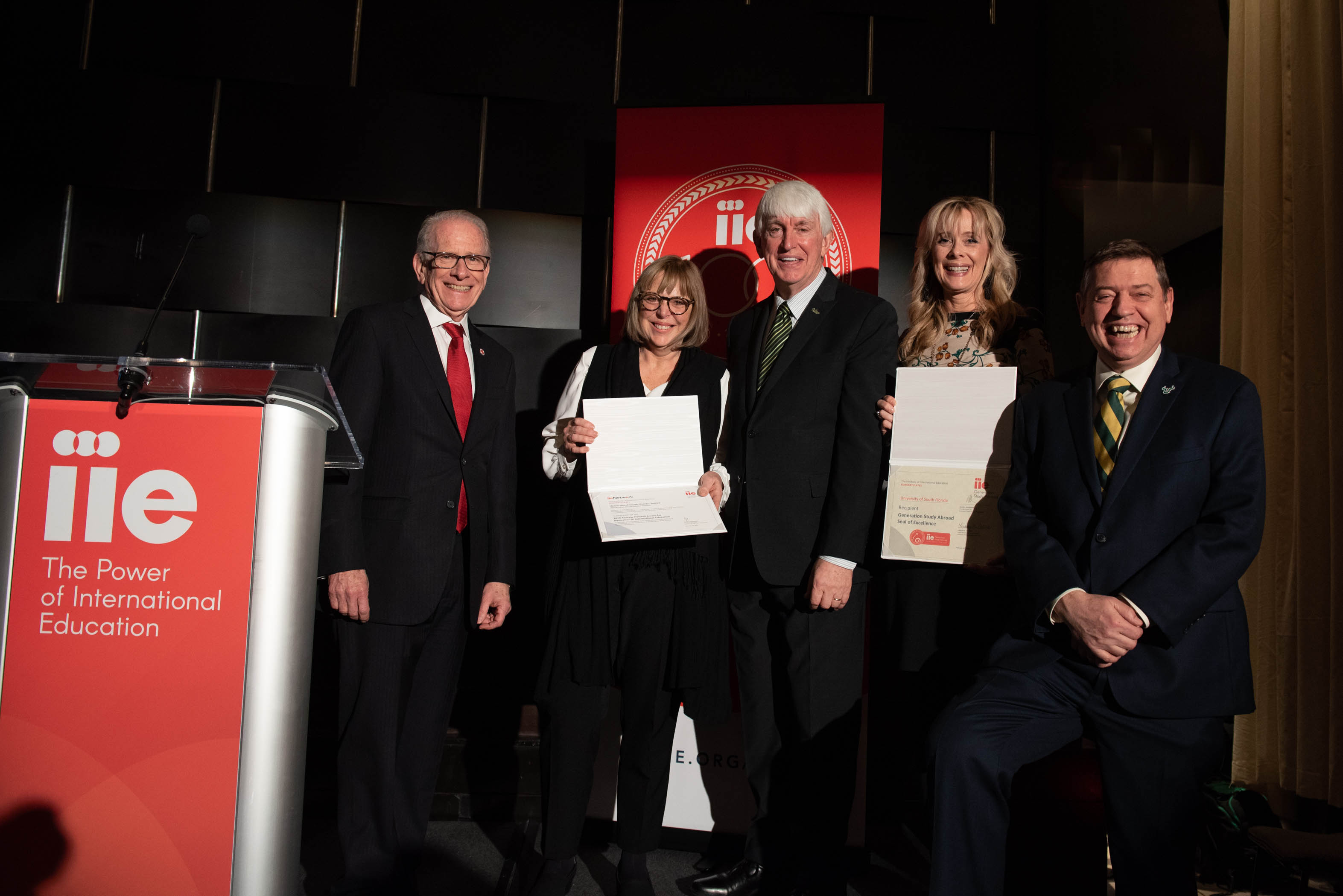 Last month, USF received not one, but two awards for its commitment to study abroad. After accepting the 2019 Institute of International Education (IIE) Andrew Heiskell Award for Access and Equity for its Education Abroad Inclusion Initiative, the USF Education Abroad Office (EAO) was also awarded the IIE Generation Study Abroad Seal of Excellence. This seal celebrates institutions who have met its goal to increase study abroad participation.

USF was selected from 1,300 eligible colleges and universities to receive the Access and Equity award, given in recognition of innovative programs and services that ensure study abroad and international programming are accessible and equitable for a broader student population.

“I am incredibly proud of this achievement,” said Amanda Maurer, Director of the EAO. “Our Education Abroad team’s commitment to student access and success played a significant part in USF receiving the Heiskell Award. I am also honored to work for a university that would invest so significantly to support those students with the highest need.” 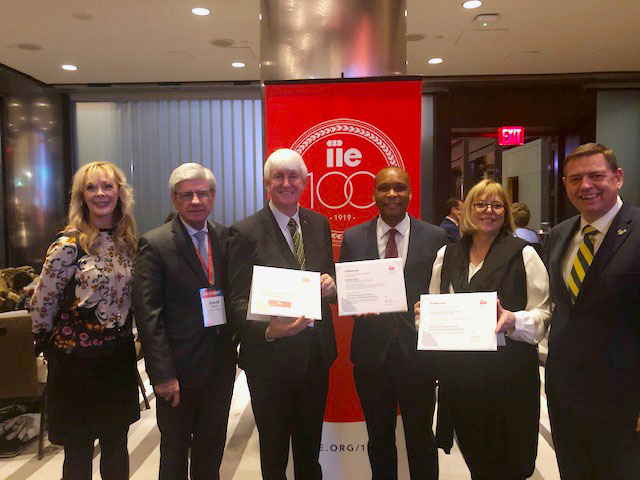 USF and Broward College represented Florida at the 2019 IIE Summit.